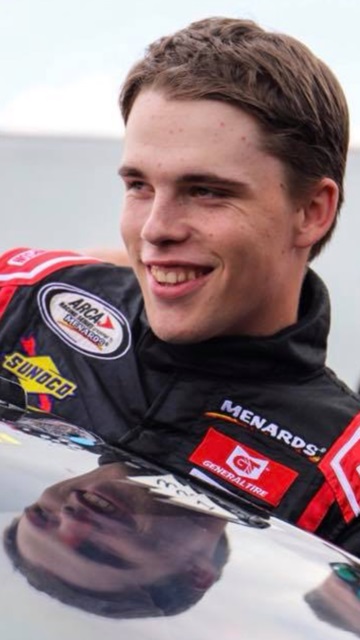 Mooresville, North Carolina – Bakersfield, California native Blaine Perkins will return to the ARCA Racing Series presented by Menards this weekend at the shortest track on the schedule the 3/8-mile Elko Speedway. Perkins will drive the No. 78 Autoparkit/ Four Star Fruit Chevrolet for Mason Mitchell Motorsports. The 18-year-old has four ARCA starts to his credit, three in 2018 all coming at tracks 1.5-miles and longer in length.

This weekend will mark his ARCA short track debut. Perkins is no stranger to racing on short tracks, he spent two seasons racing with the NASCAR Pro Series West in 2016-2017.

“Having raced in the K&N Pro Series I have learned to race at many different short tracks,” Perkins stated. “I believe that going to those new tracks and having to learn them quickly will help me adapt to Elko faster. It’s a one day show so being able to unload with a good balance and be able to make adjustments in practice will be important for us.

His best finish (5th) came on a track similar in size to Elko, the 3/8-mile Colorado National Speedway in Erie, Colorado.

“250 laps is a long race but on such a short track the laps will fly by. We just need to remain patient the first half of the race and stay out of trouble. If we stay out of trouble, have good stops, and make good adjustments to the car, we will be there at the end for a solid finish.”

Along with racing in the ARCA Racing Series, Perkins is racing at his late model at Irwindale Speedway in Irwindale, California. He won the March 24th 30-lap feature at the half-mile track and is currently third in driver points.